I took these pictures while on a recent camping trip. We knew that Skihist was closed due to the wild fires in that region of the province, but we wanted to know for ourselves what had happened to this beautiful place.  We have gone camping in the park for many years, hiked its trails and enjoyed the breathtaking scenery of the Thompson River canyon.  It captures your heart, and it is very sad to see it like this.  The loss is enormous. We don't yet know the extent of the damage to the park. 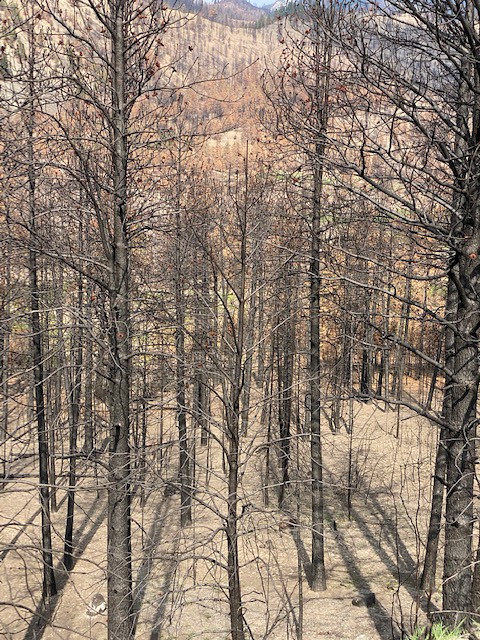 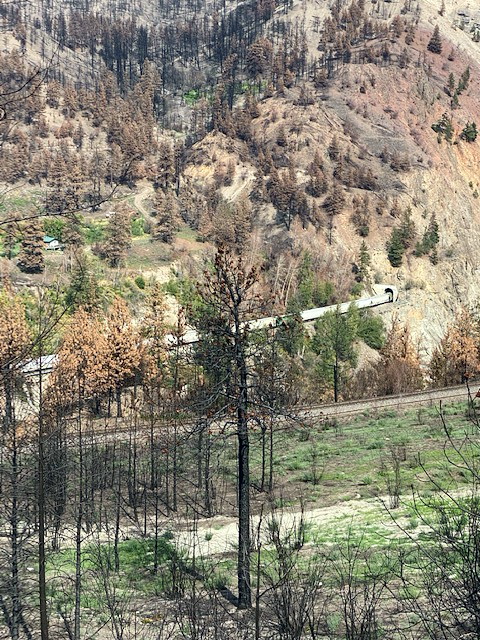 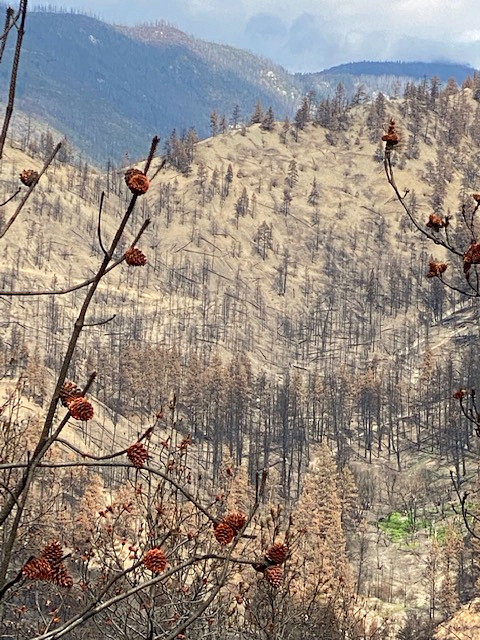 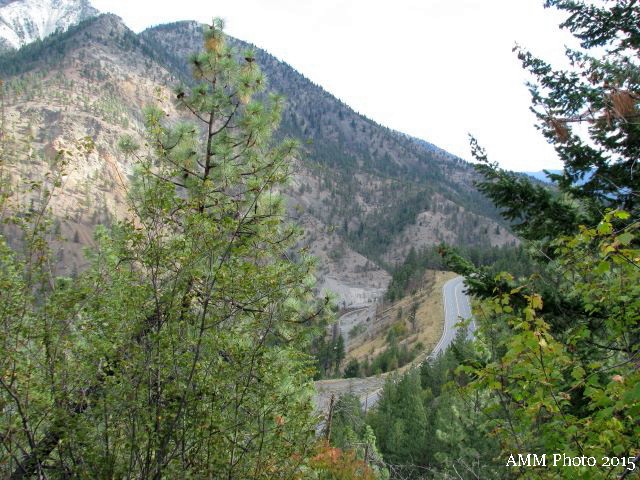 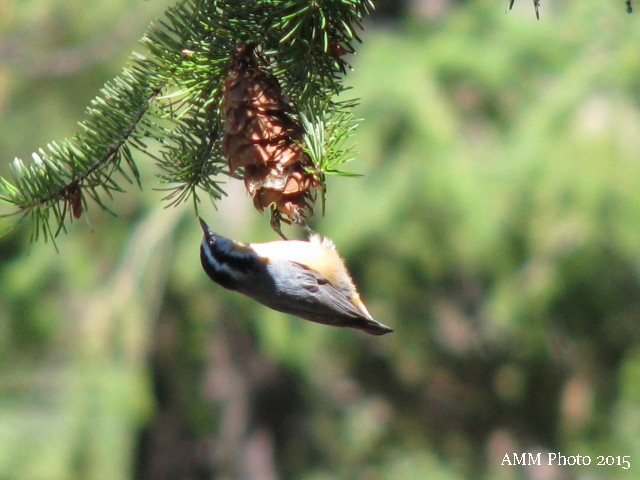 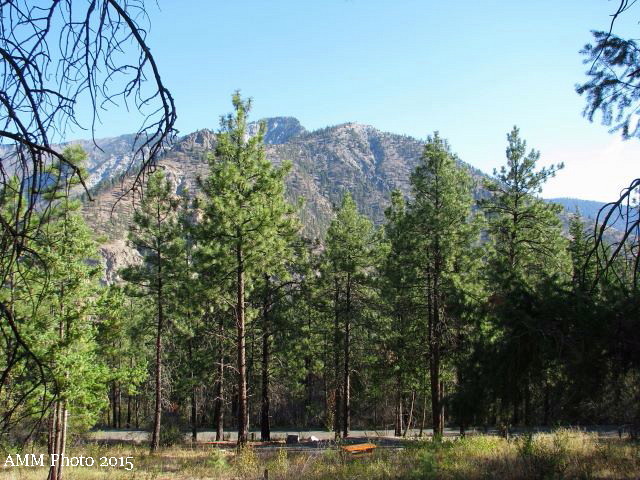 The discovery of the underground wasp nest really began in the morning when I was pruning some bushes and didn't realize there was a wasp colony very close to me.  I got stung on my arm by one of the angry wasps, and that put an end to my pruning for the day.  It wasn't the end of the story though.

In the late afternoon, a sow with her cub wandered through the property and also found the nest. For her, this was a food source.  The two bears thrashed around in the bushes digging a hole to get at whatever eggs and  larvae* were there.  The sow finally emerged shaking her head several times to rid herself of all the wasps that were attacking her before walking away.  What a sight! 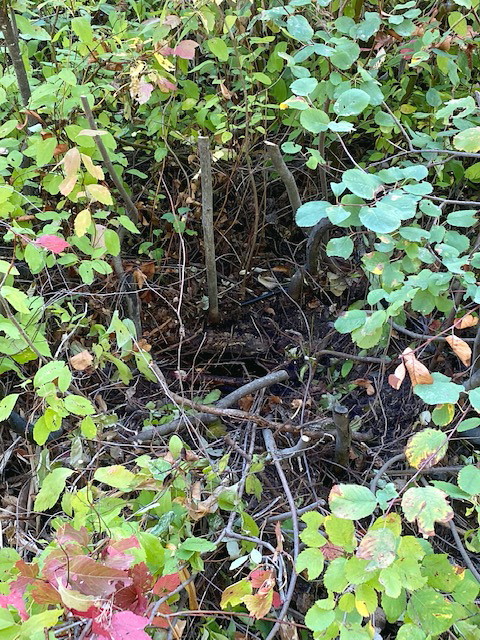 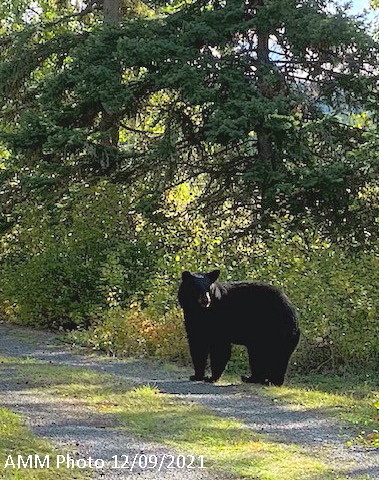 Be careful, won't you? There are foxes around. We have seen them travelling through these woods on several occasions lately. In the sunshine after a recent rain shower 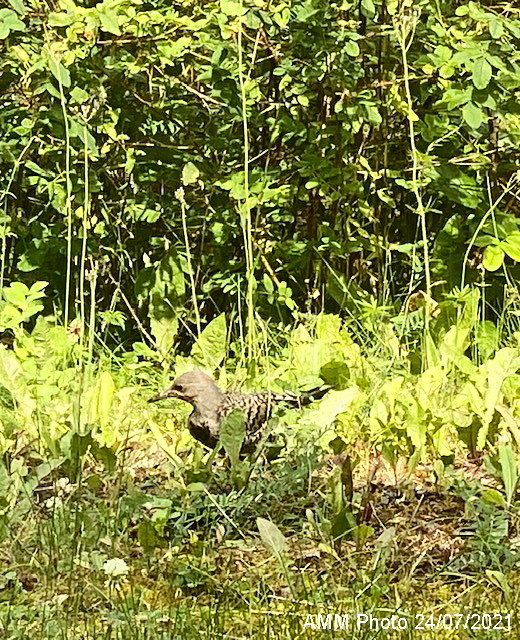 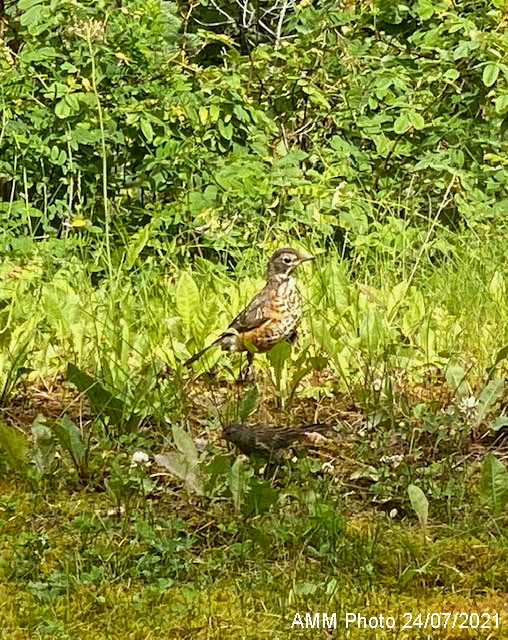 Robin and another little bird
They are very accident-prone at this stage, and we have to keep our curtains/blinds closed so they don't crash into a window.
Posted by April at 2:06 PM 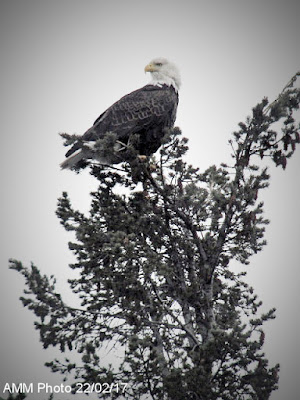 "Nature" is what we see

"Everything tries to be round. Even the seasons form a great circle in their changing and always come back again to where they were." ~ Black Elk - Oglala Sioux

"Adopt the pace of nature: her secret is patience." ~ Ralph Waldo Emerson